I started posting #coronaverses in response to all the anxiety I was seeing in people of faith.  In addition to legitimate concerns it seemed to me that much of our news media was intent on scaring people.  There seems to be a fine line between trying to stay informed and becoming obsessed and overwhelmed.  As I was praying about this the idea of doing my very small part of reminding people that the Lord has given us hundreds of precious promises in the Word.  I thought that tagging the posts as #coronaverses was an interesting play on words that might catch people’s attention.

Anyway, while there are still very serious health concerns people’s attention has begun to turn toward reopening things in our nation.  With that in mind, I’ve concluded the series.  I do hope this small effort has helped someone along the way. 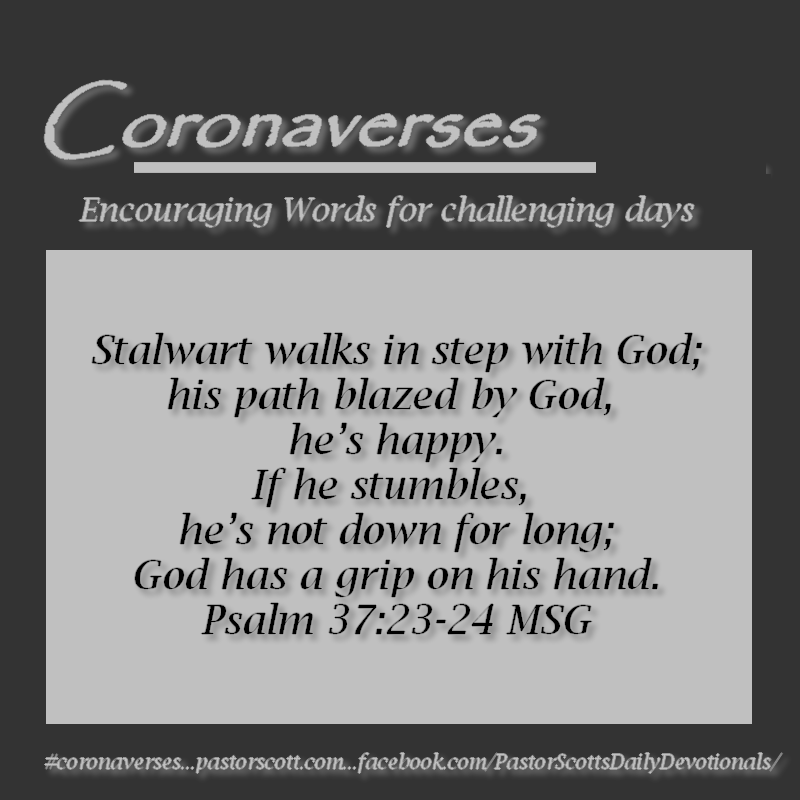 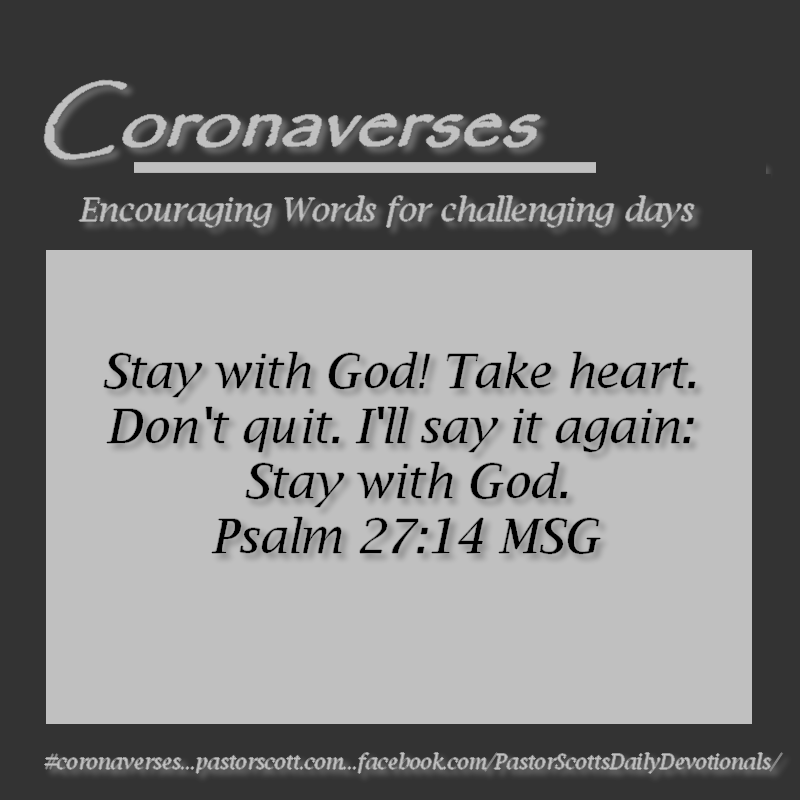 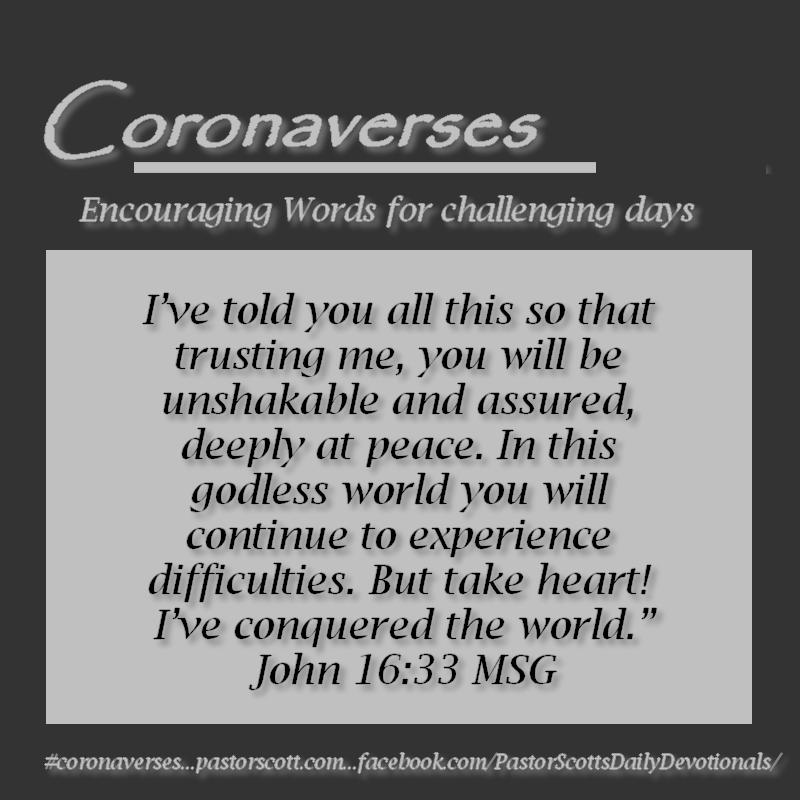 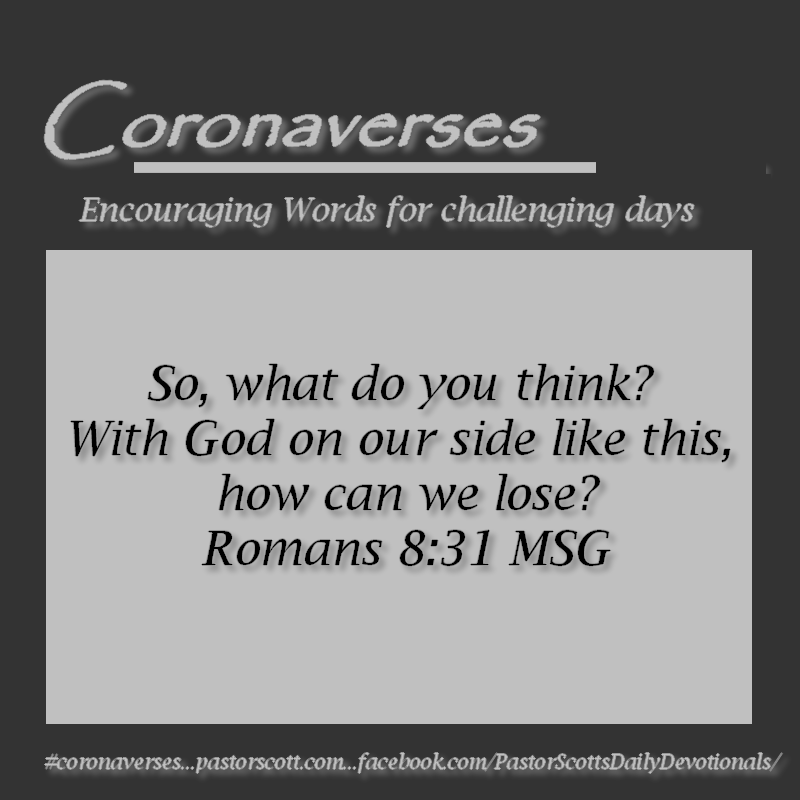 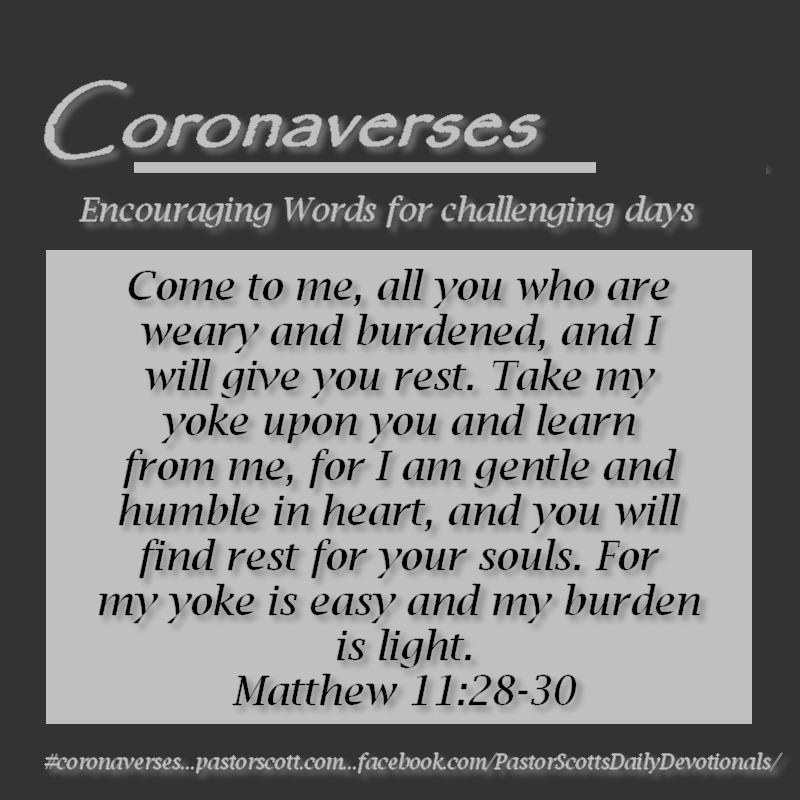 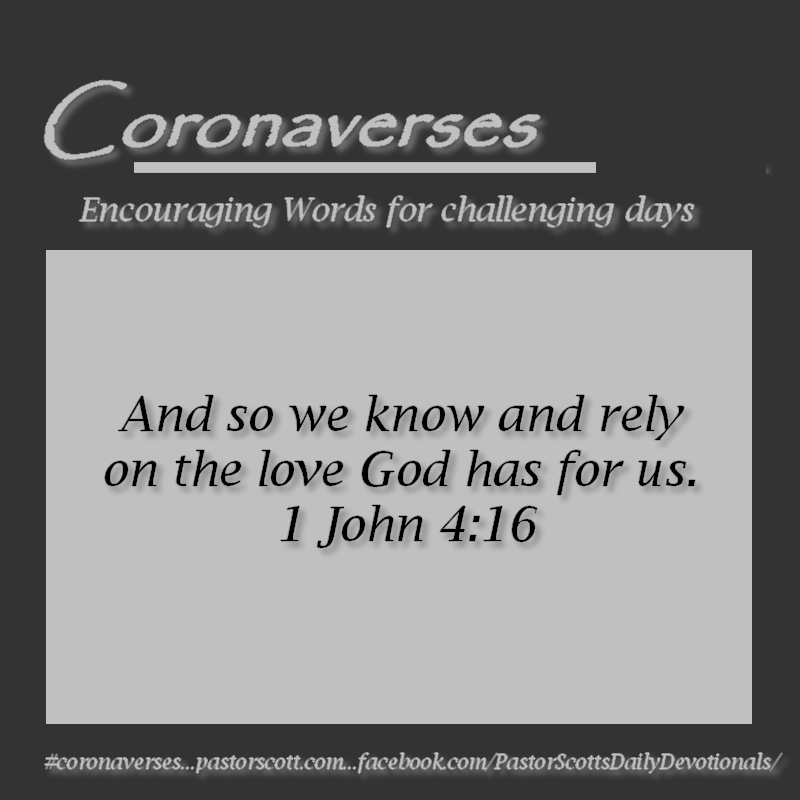 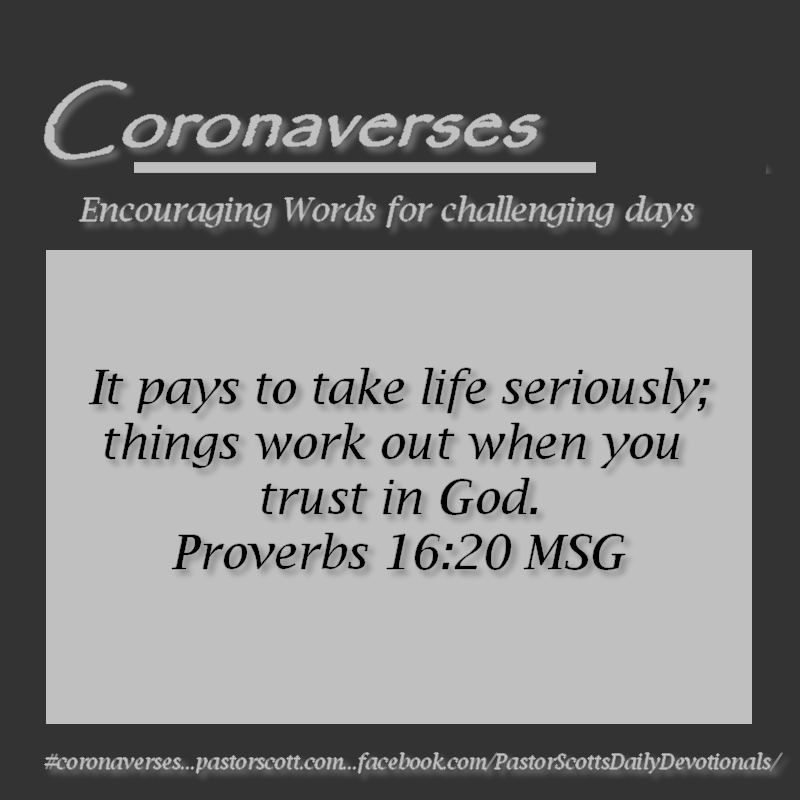 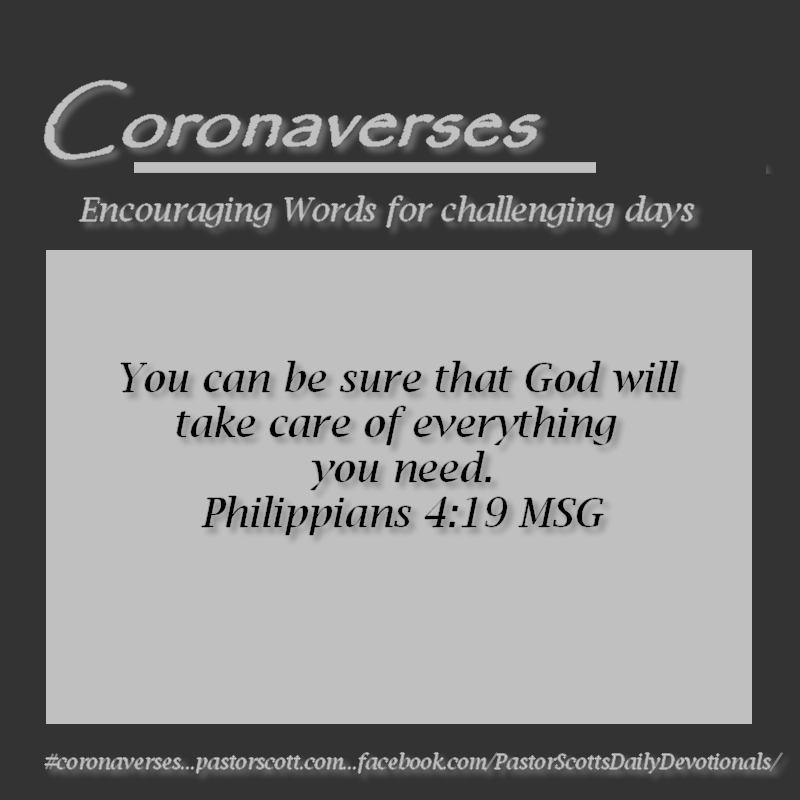 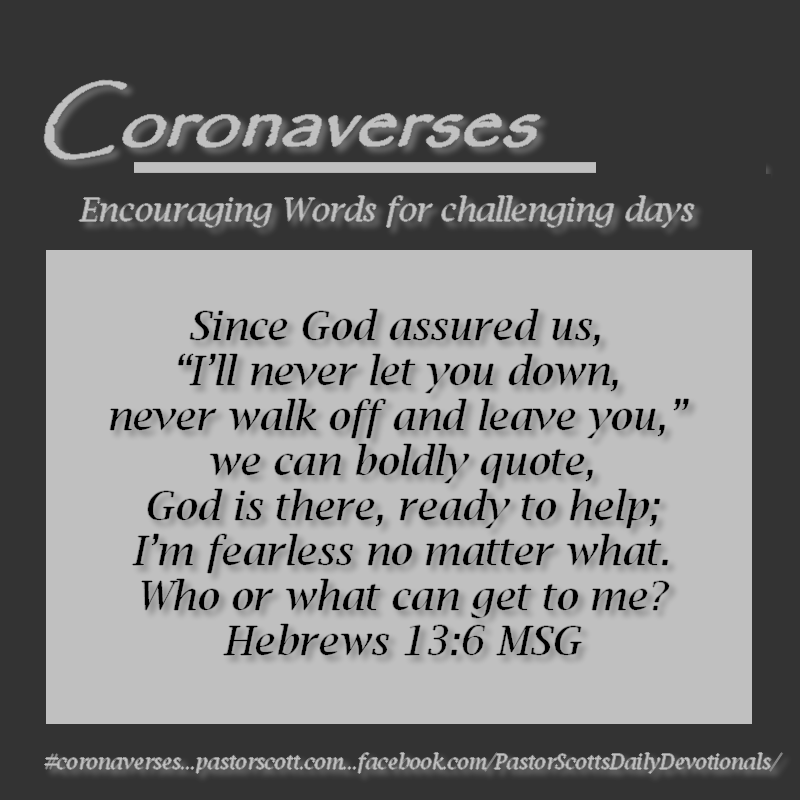 My "Coffee Break Devotionals" series is now available in several e-book formats as well as in print. Read about it here.

With Google+ plugin by Geoff Janes